This tag is associated with 2 posts

We had the first of two-days of parent teacher’s conference at our school today. I have done this at schools before, nothing new, but I did get to thinking about life in general and the turns and twists one takes on the journey.

Sitting there with parents I remembered my days as the parent with my children. Life was so different then. I was a single parent in South Australia (I was the foreigner there, being a Yank and all, though allegedly I spoke the same language as the teacher) and usually there was a problem with at least one of my children, I will not say which one. Of course I blamed the teacher because obviously the reason my child acted out was because the class was not challenging enough and my son was creative and beyond their slowed down standards. Actually I was probably the parent from hell.

This was between 1985 and about 1999. Not sure why but my children attended lots of schools. We started off with Mt. Compass, and then there was Pt. Elliot, Meadows, Victor Harbor, Christies Beach High School, and that was just primary. There was Wirreanda High School later on and a temporary school because of some discipline stuff and maybe Seaton High too; I lost track.

I started my own studies in 1991 and went straight through to 2005; 14 years of university, from starting my BA when I was 44 to collecting my PhD at the University of South Australia when I was 58. I started teaching in 1999 at age 52, when most people start to look at retiring. Before that I had been a tofu maker for seven years, a brother in a religious order, a cook, street artist in New Orleans, NYC, South Australia, Honolulu; a happy hippie living in communes in the 1960s and a variety of things but sitting in front of parents talking about their children always amazes me; especially here in China, where I need an interpreter for Chinese, Korean, German and or etc. and I am happy to present myself as the teacher or as is the case now, the student’s advisor. I try to recall my children in school and think of nightmares – principal’s phone calls, me defending my children, the fire in the boys toilet that many years later a son said yes it was him, to the court appearances for graffiti and on and on.

One of my favourite moments (not) was when I was being showed my son’s diary (this happened with both children). There were lots of absent days with my signature – this was at Wirreanda High School, my children would have been in about 8th and 10th grade. There were days when they did not have their uniform with some excuse about it is in the wash –this was in many entrees. The reasons for missing school were everything from baseball practice at another school (that son was later signed by the LA Dodgers as a pitcher) or meetings at the dentist, doctor and a host of visits I barely could have imagined. All signed by me. When I pointed out it was not my signature anywhere in the diary I was shown the front page of the original signature – my children had signed my name from day one. OK so I never looked at their diaries – poo hoo on me. I had other things to deal with like being a perfect parent.

What I find really fascinating is when two parents are talking a mile-a-minute in a foreign language, and looking up every once in a while at me then going back to saying stuff I have no idea what.  他无法组织一个妓院的螺丝 (He couldn’t organize a screw in a brothel).

Today a student was the interpreter for the mother. “How is my daughter doing?” So I go on about if she stopped using her cell phone, talked less during class, did work… I am sure she did not tell her mother what I said. The mother looked at me with a bit of – was that amusement, disdain, surprise, shock…? How would I know? The daughter could have said, “Dr. Neuage says if you do not have enough water in the basin when cooking beans they will burn.” I did hear the Dr. Neuage part.. the result was a blur of sounds and pitches; some going up and some going down.

I also never know when to bow or shake a hand. The Koreans like to bow when greeted the Chinese will go for the paws. But then I never get the Europeans and Aussies kissing on one side then the other thingy. I lived in Australia for 22 years and still never know which cheek to peck first. I am not saying I still can not tell the difference between Koreans and Chinese that would be rude I suppose but truth be told I can’t. And what happens if we bow at the same time and hit heads and one of us gets knocked out?

I love my job – teaching broadcast journalism and being our video media person and creating our school news shows and working with teachers with technology and teaching my middle school publications class. It is just a long ways from being a single parent living on a pension with naughty children and a tenth grade education until one day I thought shit I am in my 40s and doing not much and then 14 years later I was Dr. Neuage. Whats next? The only thing that is the same is that I am, as always, in a foreign country.

Well tonight is Friday and early tomorrow morning we are off with the International Club of Dalian for a two day trip to one of Dalian’s best getaways destinations – Bingyu Valley 冰峪沟! “Beautiful scenery, exciting white water rafting, fresh air and interesting people…” More about that next week, after the trip. 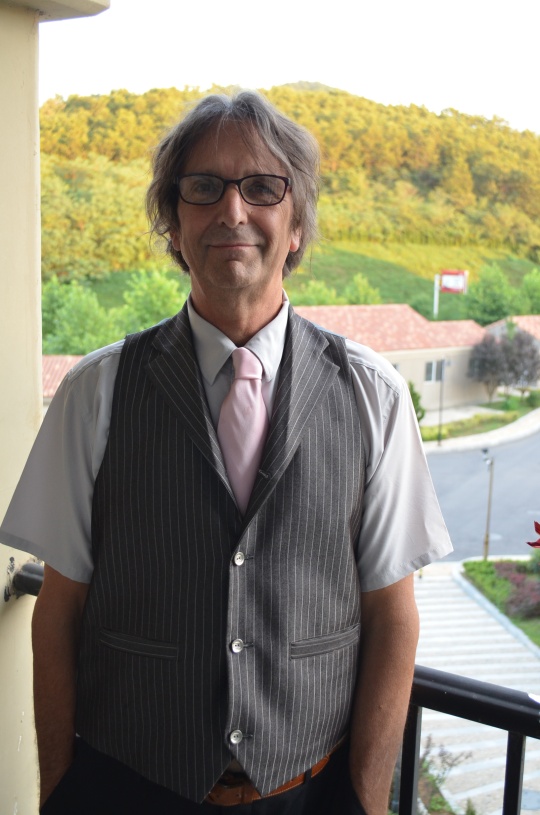 What we did on the weekend

What we did on the weekend

Because the weekends disappear on us and we forget what we did I am going to track each weekend this year to see what we do with all that time.