See my site for December at http://neuage.us/2012/Vietnam/

We left our Hanoi hotel at 5:30 AM; similar time that we got there a few days earlier after the train from Sapa tossed us out onto the payment of Hanoi. And at the airport @ 6:30ish then landing in Guangzhou, China time, at 11ish. We did not have a flight until 8 PM so we took the subway (metro) to downtown, found some Western food, and walked, once again, way too much. 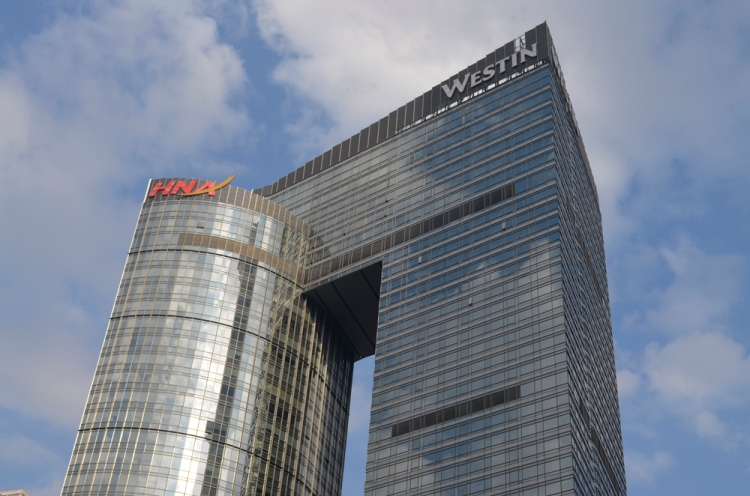 A hotel lobby dude at a hotel told us that there was a bus to the airport and we went off to a tall building he pointed to that looked close but it took us 45 minutes of walking before it finally popped up in front of us. It is like walking to the Eiffel tower; only seems a few blocks away and the more you walk the longer it takes to get to it. To cut a nonsensical story short we took the airport bus back which was a lot better than being in a subway and it took less time, about 45 minutes.

So China again. After Vietnam the contrast is startling. China the any-brand-knock-off; Ikea personified land of imitation. Vietnam; Sapa, Hoian, Hanoi… the places we spent the past three weeks in, with so much richness of life. And the food is OK; baguettes and well prepared fruit dishes. Thank the French for their occupation to give a country some class. A few hours in Guangzhou and the land of shopping malls and cheap copies leap out to strangle any possible creative and originality left of its population. What has happened to you China? All those inventions and culture you once produced reduced to copycats.

But…. We are back home, in our adopted country, and it feels good to be headed back to our apartment with all our crap there as well as a cupboard of my belongs at school and shelves of my things in the computer lab: my PhD thesis, National Geographic books from the 1920s – 1940s my father had collected, some antique cameras, a boomerang, posters, a 500 page novel I wrote, ‘Leaving Australia’ and other assorted things. We have stuff all over the place from a shed of stuff in upstate New York to our furniture in our Jersey City home and a shed of our belongings in the Adelaide Hills, South Australia as well as boxes of our stuff in storage at Narda’s sister and at her parents. And now we have about a suitcase of new stuff and a suitcase and a half of our clothing in storage on this plane. I like the Buddhist ideals of not wanting things, of living in the moment, of respecting all life (well at least I do that by not eating animals) but I reckon there is a way to go before I can say I am a Buddhist. Firstly we need to shed four houses; three in the States and one in Australia that we no longer want or can afford. We should shove all of them over the fiscal cliff. Of course the good thing about traveling is that we have seen almost no news for three weeks so perhaps the world did end on 21 December though after seeing 22-million Chinese today I doubt that and maybe the States did go over their cliff… who knows? Does anyone really care? What was so good about the village people back in Sapa is that they just live day to day pretty much the same as they have for the past thousand years. Take away CNN and BBC and the ABC (Australian Broadcast Corporation) and etc. and stay clear of newspapers – easy to do when there are not any around in English, and the world is such a nice place. When we retire we will not watch the news anymore or read about the nonsense in the rest of the world and wherever we are will be just our grand life in our everyday grand adventure of living life to the fullest.

Four days before being back at work. I suppose I have lots to do to be ready for classes; lessons to write, ties to sort out to wear… I bought four more on this trip so now I have more than a hundred ties from around the world; not boring basic business ties but unique, usually from thrift shops – my favourite place to get ties; they are there because others didn’t want them because they were too different to wear but I wear them. I got my newly self-designed shirt I had made in Hoian and so much more. 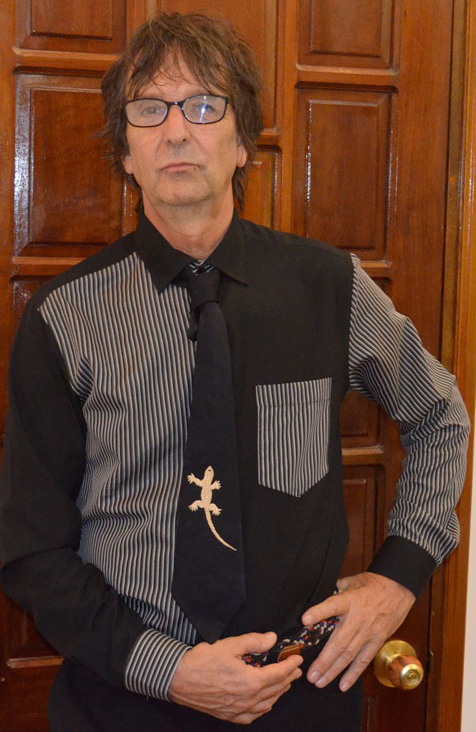 In less than a month we will be off again – to Australia for a week – Chinese New Years week and this will probably be my last blog about travel until then. Probably including then too because what could I possibly blog about Australia? I will visit my son in Melbourne and that is great but not something I normally blog about though I did mention him in a blog when he visited us a few months ago here in China, that was special. We are going to Narda’s granddaughter’s Christening and her son turning 30 party but that is for her to blog about. She blogs but it is on paper in her scrapbook with tickets and stuff from places we went; much better than my blogs, more interesting and intelligent writing but I am only the other one who reads them. Then again I get about two or three hits to my blogs; no doubt all three from Chinese censors and I really just write for myself to remember what we did.

What I am looking forward to the most these next four days before returning to work is working on my videos. I have so many from the past three weeks and aside of I didn’t take my computer on this trip and Narda doesn’t have a program that I can use with my camera, besides there has not been time to go through a hundred if not hundreds of short clips to make about four five – seven minute movies to put on youtube and etc. I have more than 400 videos online from the past ten years so a few more will get me caught up to date with our travels. Plus I want to make webpages for this trip and they will be linked from http://neuage.us/2012/Vietnam

What I will think about in the future when I am being told my lesson plans are not quite to the  American Standards (yes those standards that keep America in about 25th place in education in the world) that our school is so obsessed about is not the next lesson plan or lesson unit that a principal or two are demanding but of walks with tribal people in their villages outside of Sapa. That is what is important in life – to have been exposed to people who live wholesome lives who are not grabbing at material possessions and soulless educational expectations. The children we met were happy, learning, holistic and so full of enthusiasm unlike the children we teach who spend days and nights hunched over computers memorizing facts for the next test and who lose all sense of creativity because they have no concept how to apply learning to life only to tests.

But it is all good… life is good and I am happy that at 65 and close to retirement that I am once again reminded of the wholesomeness of life and that simplicity really is what is complicated at achieving. I lived this way in the 1960s, living in communes in California, Oregon and Hawaii and no doubt in the future Narda and I will be living in some village in Cambodia, India, Vietnam, Thailand or in South America with all our belongings that we have collected in the rubbish dump and all that we will have will be each other and our most basic items to survive then we will have arrived at freedom and correct living.

Writing this on China Southern flight Guangzhou to Dalian with too little sleep to stay awake much longer but there is still an hour left of this bloody flight and Narda has been asleep for the past two hours… lucky her but I have four days in front of me to sleep and make video clips…. Yippee.

Thursday morning the third of January – some sleep and looking out the window – damn where did the warm weather go? Jack, our driver – the real Jack – not one of his mates – as usual, was waiting for us at the airport in Dalian and drove us the one hour ride home getting us back to Campus Village at midnight.  It is so nice to be home; the maids cleaned the apartment and did our laundry whilst we were gone and I just dropped out a lot of laundry to do.

Turned on the news after three weeks and righto the world did not end, the Yanks shoved everything back up on to the cliff and we even made a ten-percent increase overnight on our Chase stocks. Life is good.

Interested in what comes next and not what was. Sole survivor from another place at another time with different outlooks on ‘the way it is' as I am mashing it together as a movie for my next lifetime to view this one so I can do it differently - hopefully on another planet or at least in another realm. For more see http://neuage.org
View all posts by Dr. Terrell Neuage »
« Cat Cat, Sa Pa Vietnam
Those were the days…. »